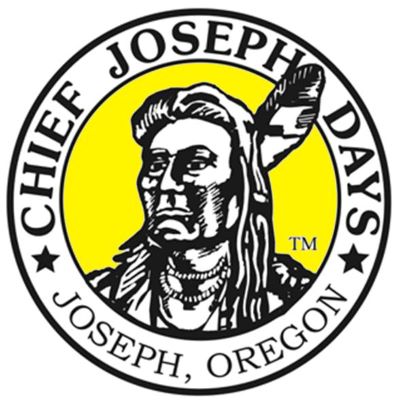 At times in its 76-year history, Chief Joseph Days in tiny Joseph, Ore., has been named among the 25 “Best Fests of the West” and the top 10 “Must See Rodeos.” It has also won multiple small-rodeo awards. This year’s event will be held July 27-31, featuring four nights of PRCA rodeos and six days of western entertainment.

Famous rodeo clown John Harrison will entertain the crowds this year. Harrison has made 10 appearances at the Wrangler’s National Finals Rodeo in Las Vegas, won Comedy Act of the Year five times, and is a four-time winner of the prestigious Coors Man in the Can Award.

Pre-event festivities kick off on Tuesday, July 26, with the Bucking Horse Stampede down Main Street. Wednesday night is the first of four PRCA rodeos and is family night. Youngsters’ mutton-bustin’ is a family-night favorite, and up-and-coming cowboys will compete along with top competitors. Cowboys who compete here hope to improve their chances of making it to the National Finals.

Thursday is “Tough Enough to Wear Pink” night in support of breast cancer awareness. Miles for Mammograms, a fun walk to raise money for local cancer screenings, starts at 9 a.m. at the Thunder Room adjacent to the arena. And on Friday and Saturday nights, the competition heats up and winners are decided.

The Whiskey Creek band will be back by popular demand to play live music at the Thunder Room right after each rodeo. Buses are provided so no one has to worry about drinking and driving.
Rodeos start at 7 p.m. each night at the Harley Tucker Memorial Arena just west of Main Street. Each rodeo starts with the Tuckerettes, six fast-flying cowgirls who thrill with their daring riding patterns at breakneck speed while carrying sponsor flags.

Other festivities for Chief Joseph Days include the Main Street junior parade on Friday at 10 a.m. and the Grand Parade Saturday at 10. Vendors will line Main Street offering western accessories.

Chief Joseph Days is named in honor of Chief Joseph of the Nez Perce tribe, famed as a warrior and for his 1877 surrender with these famous words: “From where the sun now stands, I will fight no more forever.” The Nez Perce participate in the Grand Parade and host the annual Friendship Feast on Saturday at a tent encampment by the arena. The Nez Perce provide buffalo and salmon, and guests are asked to bring side dishes to share.