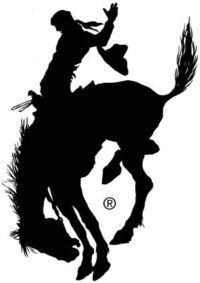 Last December, in a vote by members of the Professional Rodeo Cowboys Association (PRCA), the Pendleton Round-Up Association was once again named the Large Outdoor Rodeo Committee of the Year at the annual PRCA Awards Banquet in Las Vegas. The 111-year-old event has earned the title eight times since 2003.

“There is no higher honor than to be recognized by cowboy contestants, contract personnel and fellow rodeo committees,” said the Pendleton Round-Up publicity director Pat Reay. “It is because of the dedication of many volunteers, staff, sponsors, fans, the community and loyal supporters that the Round-Up has been able to be recognized by our peers in the rodeo industry.”

This year’s 112th Pendleton Round-Up week Sept. 10-17, with the Dress-Up Parade kicking off the festivities on Saturday, Sept. 10, in downtown Pendleton. That evening at 7 p.m., the Kick-Off Concert in the Happy Canyon Arena will be headlined by chart-topping country star Kip Moore. He is known for such hit songs as “Somethin’ Bout a Truck,” “Hey Pretty Girl,” “Beer Money” and “More Girls Like You.” His fourth studio album, “Wild World,” was released last year.

The rodeo action starts on Monday and Tuesday with slack events including breakaway roping, team roping and barrel racing in the daytime, and the Xtreme Bullriding Finale in the evenings. Cowboy breakfasts will be held Wednesday through Saturday at Stillman Park, followed by PRCA rodeo events starting at 1:15 p.m. and the Happy Canyon Night Show each evening at 7:45.
For more information about the Pendleton Round-Up, including a complete schedule and online ticket sales, visit pendletonroundup.com. You can also visit the event’s Facebook Facebook page.