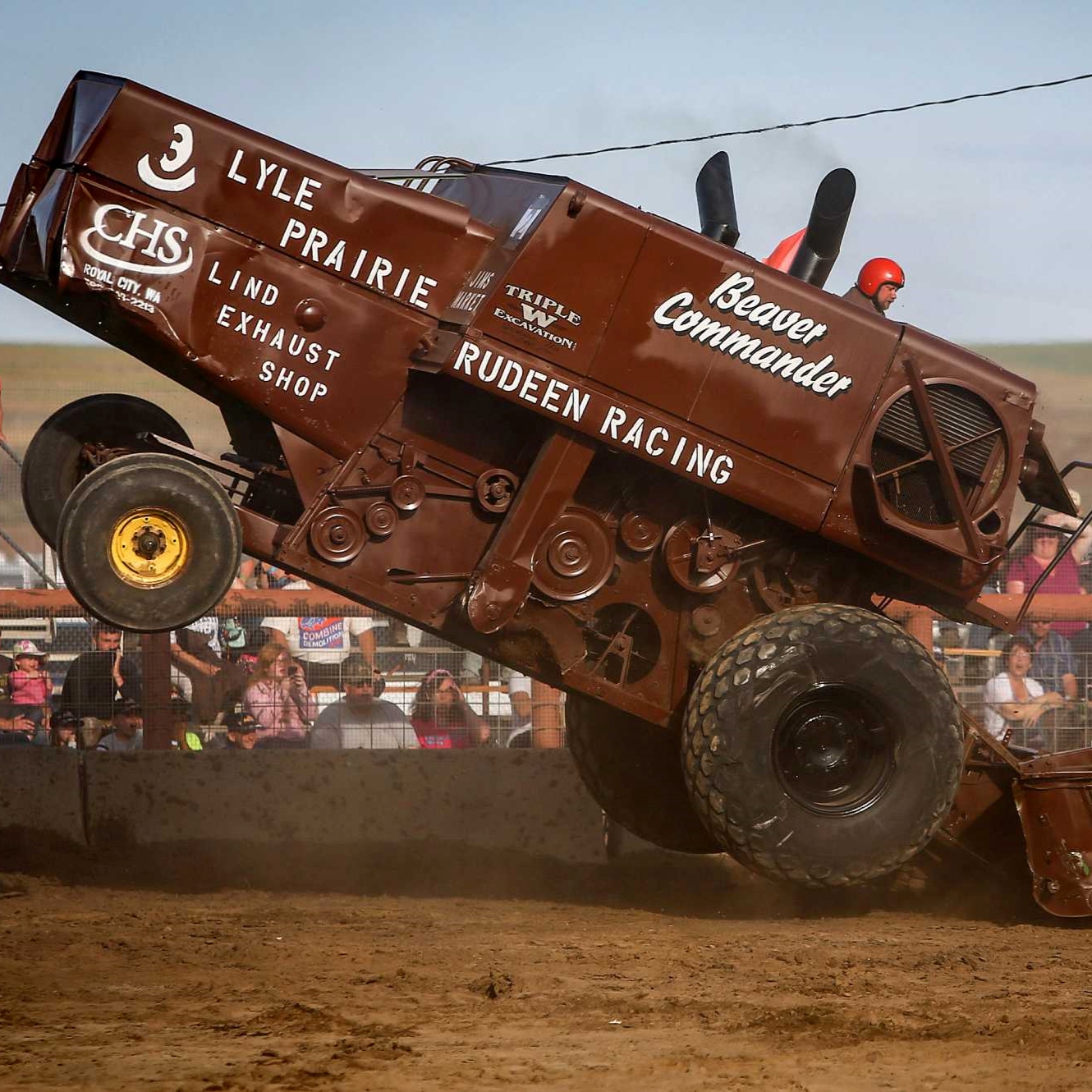 There’s an annual June gathering in Lind, Wash., that has been entertaining people for nearly three decades. The world-famous Combine Demolition Derby is coming back this year after a two-year hiatus during the pandemic. Members of the Lind Lions Club are gearing up to make this year’s three-day celebration the best ever on the weekend of June 10-12.

This unique event figured prominently in the documentary film “Dryland”, which celebrated wheat ranching in eastern Washington. The main event is a smash-em-up contest like no other, with giant grain harvesting machines pitted against each other in a duel to the death.

But there’s plenty more to do, including two parades, pickup and grain-truck races, the camaraderie of the beer garden, live music, fun activities for the whole family and plenty of great food, including a community barbecue in the park. Organizers have also added new RV and camping spots for visitors looking for a place to camp.

Combine operators from all over the region solicit sponsorships and bring their machines to this event. They come from Othello, Ritzville, Pasco, Prosser, Spokane and at least a dozen other cities. The arena action is unbelievable, and the fun for the spectators is simply unmatched.

The fun begins on Friday, June 10, at 6 p.m. with car and pickup racing. Saturday events in downtown Lind start at 10:45 a.m. with a kiddie parade and the Grand Parade, followed by the popular community barbecue in Lind’s City Park. The action in the Lions Club Arena starts at 2 p.m. Saturday with pickup racing, and the demolition derby gets under way at 3 p.m., with pickup and grain-truck racing during the intermissions.

On Sunday, the last big event of the weekend is the kids’ race with “soap-box” coaster cars on Smart’s Hill, beginning at 2 p.m.

Rules, forms and entry fees for all of the weekend’s events can be found online at lindcombinederby.com, along with a link to spectator ticket sales and an entry form for camping-area reservations. A camping spot is $50 for the weekend, which doesn’t include derby admission. Adult admission tickets for all weekend events are $40 each, and children’s weekend passes are $10.

Lind is about an hour by car from the Tri-Cities. Take 395 North toward Spokane and exit onto WA-21 North to get to the Lions Club Arena.

Start making your plans now for this fun-filled weekend. If you’re a fan of demolition derbies, you haven’t seen action like this if you haven’t been to this amazing event in the wheat-growing region of Lind