Liberty Theater Presents “The Sound of Music” In November

Christmas is a Holiday Tradition in Downtown Kennewick 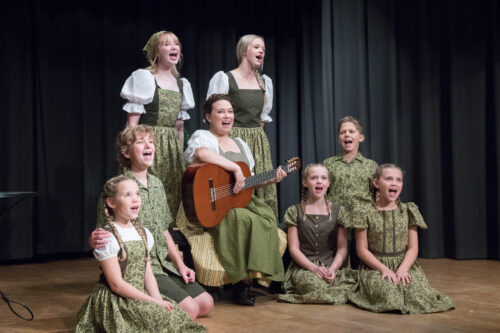 On Nov. 10, Dayton’s historic Liberty Theater will raise the curtain on its 2022 fall musical The Sound of Music. The classic story of Maria, the young postulant who brings love and music into the lives of a widowed Austrian naval officer and his seven children, features the crowd-pleasing numbers “Sixteen Going on Seventeen” and “My Favorite Things,” and is presented by director Sarah Shutters and the Liberty’s production team.

The Liberty, Dayton’s nonprofit cultural center since its rebirth in 2001, previously brought the von Trapp family story to its stage in 2005 and is also known for past sellout shows such as The Wizard of Oz and Mary Poppins. Live theater is a very special experience in Dayton, with the drama and comedy enveloping the audience in the magic.

Attending the fall musical has been a tradition for families across the region, and tickets are going fast. Opening night and Nov. 23 are family nights, with all seats priced at $10. Tickets to all other shows range from $15-$20.

This fall, the Liberty is also joining in Dayton’s Christmas Kickoff fun with a screening of “The Grinch Who Stole Christmas” on Friday, Nov. 25, sponsored by YWCA Walla Walla and Columbia County.

Tickets can be purchased here!

Information on its programs and tickets to The Sound of Music can be purchased online at libertytheater.org.