Billy Prine & The Prine Time Band at Cave B Winery

Corvettes on the Columbia presented by McCurley Integrity Chevrolet

admin / July 6, 2022
For more than a decade, the 3 Rivers Corvette Club of the Tri-Cities has held the largest Corvette car show...
Read More
Car Show, Corvette, Corvettes on the Columbia, Make-A-Wish

12th Annual Corvettes on the Columbia 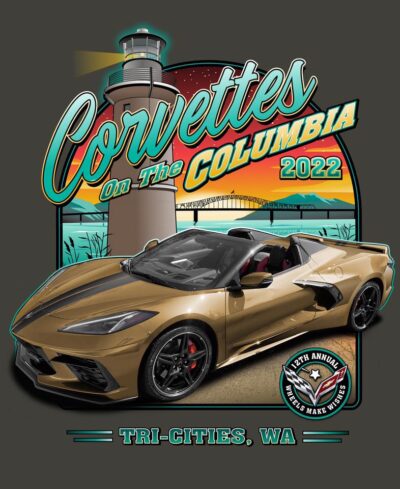 For more than a decade, the 3 Rivers Corvette Club of the Tri-Cities has held the largest Corvette car show in four states. And it’s for the best of reasons — helping sick children and their families through the Make A Wish Foundation. Proceeds from the 12th annual Corvettes on the Columbia on Sept. 9 and 10 will help children in our region.

Corvettes will be coming to the Tri-Cities from seven states and Canada, according to Matthew Price of sponsor company McCurley Chevrolet. They are mostly members of Corvette clubs, but Price says you don’t have to be a club member or own a “show” car to participate. “It can be a project car or a prize-winning car,” he said. “It doesn’t matter.”

A Friday-night concert on Sept. 9 will feature Fastlane, an Eagles Tribute band, beginning at 7:45 p.m. On Saturday, the Corvettes arrive in Columbia Park at 8 a.m., and the Show & Shine concludes at 2:30 p.m. It’s free to spectators, and there’ll be vendors, raffles, a Corvette “store” and much more — all to benefit Make A Wish. The Saturday-night awards dinner will feature the music of Sun Records legends, including Elvis Presley and Johnny Cash.

Visit 3riverscorvetteclub.net for information and registration.